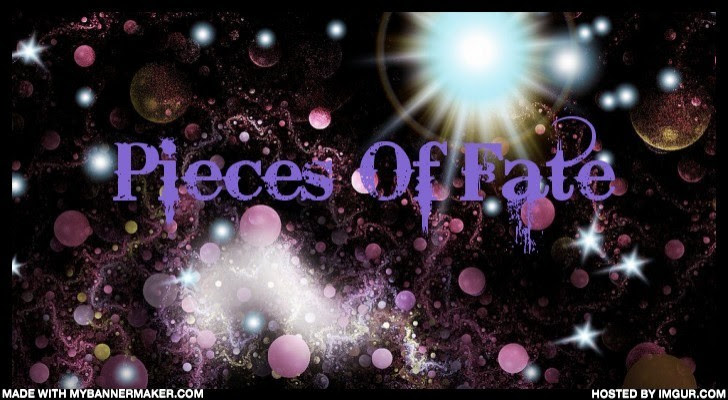 Robyn's Fetish Challenge #122...Anything but a card!

Happy Sunny Sunday all! I hope you are all enjoying the weather, the fresh fruits, and the fun times that summer brings!

This week at Robyn's Fetish, We're making
ANYTHING BUT A CARD!

Robyn is the lovely sponsor this week and the winner will receive
3 Digital stamps from her store!

My image is called "Apple Cider" 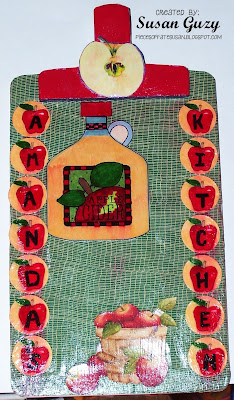 This started out as a small plain white (with navy hing handle) plastic clipboard. The handle had some company's logo on it. I found it in a thrift store, still sealed in Plastic...for $0.25 :)
I printed "Apple Cider" from ROBYN'S FETISH Digital stamps and more on STAMPIN' UP's Ivory Naturals card stock, so it would be a bit darker (making the cider). I found 2 lovely images on the internet to use with it. I also found an apple coloring page, that I shrunk down, and printed out 14 of.
I covered the front of the clipboard with this REALLY ANCIENT paper, I have no clue who made it. it is like a beige net on a garden green bkgd. I colored the Apple cider and the mini apples with STAMPIN' UP markers, and then used a black sharpie to write the letter's on the apples...this is for my daughter. I cut out a piece of SU's real red card stock to cover the handle. and glued that down, then i cut all my images out. the apples were punched out with the mini circles punch by CREATIVE MEMORIES. Then I colored the bkgds. on those, with the same color as the 'cider'.
I glued everything in place, and coated it all with one coat of glossy MOD PODGE.

I am so annoyed...the red marker ran.  Only the red, why?
The clipboard is still nice, but it would have been so much better if the red didn't run.

I am going to put a few magnetic strips on the back, and give it one more coat of Mod Podge before giving it to my girl.

PLEASE come join us this week over at
ROBYN'S FETISH CHALLENGE BLOG
with your NON-CARD Creations!!

Today I am writing a short book review and I have a brand new copy (not the one I read) to give away to one of my readers.

It is a new YA Fantasy book, the first in a series, possibly a trilogy. 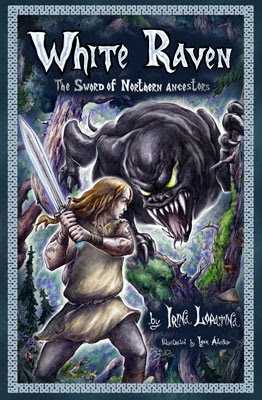 Please go to my book review page to read the review and the rules for the giveaway. THEN come back to this post to post your comment, for your chance to win!

My gratitude to TLC BOOK TOURS

This week over at
ROBYN'S FETISH CHALLENGE BLOG
we're being sponsored by
STITCHY BEAR DIGITAL STAMPS
the winner will get a
$10 gift voucher good at the Stitchy bear store
the theme is
Use a DIGI... we kinda always do, right? LOL

I chose  to use
MISS WEEBLE! 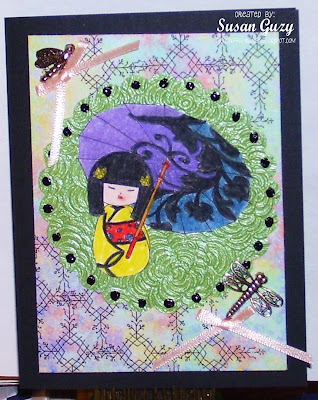 The card stock is STAMPIN' UP, the Pretty patterned paper is Digital by SHENDY.
The beautiful shimmer floral texture paper (punched out with a 3" scallop circle by MARVY-UCHIDA), the bows, and the dragonflies were all from my stash AND
they were all rec'd as RAKs!
I colored Miss Weeble by STITCHY BEAR DIGITAL STAMPS with PRISMACOLOR pencils and blending pencil. I finished the card off with dots of Black Enamel Accents by RANGER, on each of the scallops.
I didn't bother with a sentiment as I think it's pretty enough without one. :)

So, NO EXCUSES not to play with us this week, as the theme is such an easy one for everyone to do!!
Join us at
ROBYN'S FETISH CHALLENGE BLOG
with a creation using a DIGI IMAGE!!

This month over at
POISONED PEAS PLEASE
we are working with wonderful Images by
IKE'S ART!

The Theme is DARK FAIRY TALES! 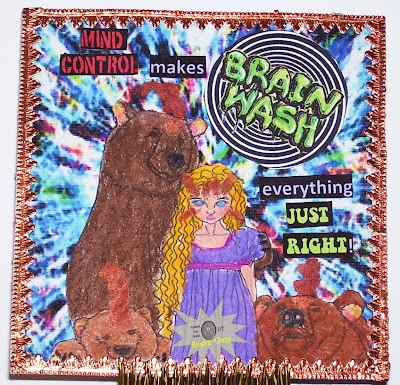 Goldilocks' eyes are very intense, and I immediately thought about Mr. Spock and his mind meld, and movie people trying to hypnotize others. so that is what I did.
I made her eyes a glowing blue when I colored the image(PRISMACOLOR pencils and blending pencil)
The background and the "brain wash" image both came off the internet, and the brain wash image is actually a logo for a company in the UK...not sure what they do or sell. I printed that image out twice, and cut them out, glued one down flat and raised the other above it on foam tape.  I used copper metallic paint pen as a squiggle over each of the bears heads and as lines coming from Goldilocks' eyes. Then I made my computer generated sentiment "MIND CONTROL makes everything JUST RIGHT!"
I finished it off with copper German scrap in Gothic point, all around.

PLEASE join us over at
POISONED PEAS PLEASE
and create a DARK FAIRY TALE
creation of your own!
Our  wonderful sponsor
IKE'S ART
will b supplying the winner a prize of
a $10 Gift certificate to her store!
Posted by Susan at 10:23 AM 2 comments

hello friends! I am soooo very sorry to be late with this post. I have been having major internet issues (Comcast) and if that isn't bad enough late last night and on and off during the night (that I tried) and this morning, BLOGGER has been giving me issues!

My creation this week fills two of my DT position creations...

The WONDERFUL SPONSOR for Robyn's fetish  this week is
THE STAMPING BOUTIQUE!!
I love Tracey's stuff!!
the winner will be able to choose 3 digital images from her shop!

The great image I used on my card is "MADYSON" 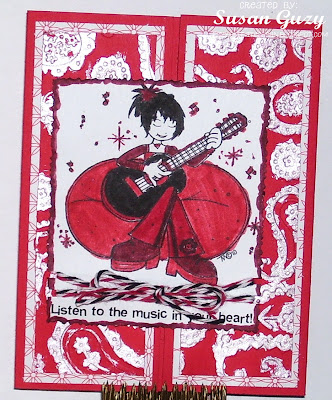 Well monochromatic is supposed to be all one color, or hues of that color. We were allowed to color the image. The image is printed black on white, so I decided, that since we were told that we could use black for the sentiment, as it was part of the image, I thought it was also ok to use white.
so I ONLY used red, white and black...not even flesh for her flesh.

The main card stock is Poppy parade by STAMPIN' UP, with a designer print paper that matches, then I used more of the Poppy parade  but I embossed it with a paisley embossing folder by CUTTLEBUG.
I used only shades of red, and the black marker by STAMPIN' UP (poppy parade, real red, red riding hood, cherry cobbler) I deckle cut the image, and went around the edge with cherry cobbler, and made two notches for bakers twine in both red and white and black and white. It is a gate fold card.
the 2 panels that I embossed I painted the raised images with STAMPIN' UP's  shimmer paint in frost white. Once they were dry I glue them down, then glued down "Madyson" by THE STAMPING BOUTIQUE, on the left side only. The sentiment "Listen to the music in your heart" is computer generated. 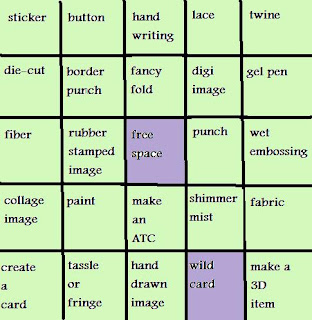 I used the diagonal from top right to bottom left:
twine, Digital image, free space (dry embossing), paint, and I created a card

Please join us this week at
ROBYN'S FETISH CHALLENGE BLOG
with your MONOCHROMATIC creations.

and also this fortnight at THE GAME
with your BINGO creation!


This week at
ROBYN'S FETISH CHALLENGE BLOG
we are making
TAGS
our wonderful sponsor this week is
FRED, SHE SAID
the winner for this challenge will receive
a $10.00 voucher to Fred, She Said store

I chose to use the "Wheel Barrow" digi stamp 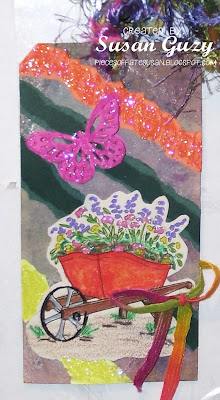 This is an extra-large shipping tag, that was previously treated with watercolors, and shimmer mists.
All Card stock is from STAMPIN' UP, the image is colored with PRISMACOLOR pencils and blending pencil, The butterflies are a punch by Martha Stewart for EK SUCCESS. I used stickles by RANGER for some added texture and sparkle, on a few of the flowers, 2 of my torn card stock strips, and on both layers of the 3D butterfly. All fibers are from my stash.

PLEASE come join us this week at
ROBYN'S FETISH CHALLENGE BLOG
with your TAGS!
Posted by Susan at 7:51 AM 2 comments 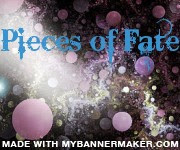